Introductory Offer: $1 for the First Month!
Choose Between: 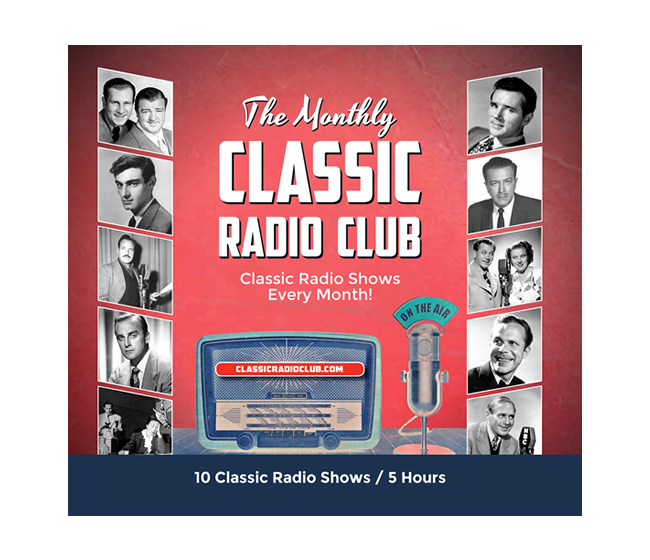 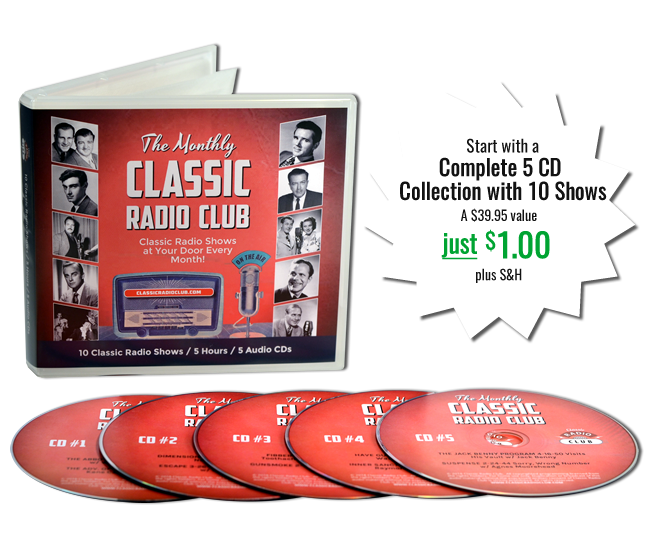 And the best part is you can now own the finest sound quality, remastered episodes available anywhere AS ORIGINALLY BROADCAST with the original sponsor commercials. We work with the owners and estates of these Golden Age of Radio shows and they have provided us their master recordings which we then digitally-remaster so your copies are brilliant, superior sound quality.

Here, take a listen to one of our samples:

Enjoy The Best of Classic Radio with a New Surprise Line-Up Each Month!

Click the icon below to see the variety of titles of the Golden Age of Radio Shows you'll receive each month:

so much fun each and every month!

Just think how much fun it will be to receive 10 classic radio shows in brilliant sound quality each and every month! And while you’re listening to these gems from radio’s past, you can learn about them too with the historical liner notes and fun facts that I will write and send to you each month. You’ll receive the biggest and best classic radio shows ever broadcast along with rare and exciting shows you may never even knew existed! I’ll make sure that each month you’ll receive the biggest stars from the Golden-Age Radio and Hollywood. And remember, you can cancel at any time if you are not completely satisfied.

TO JOIN THE CLASSIC RADIO CLUB simply choose the membership option you prefer: